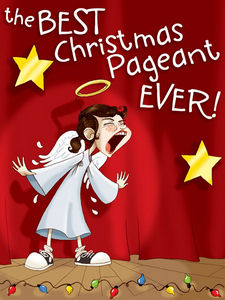 The Best Christmas Pageant Ever

Announcing the first show of our 75th Anniversary 2019-2020 Season at The Little Theatre of Walla Walla! “The Best Christmas Pageant Ever” a holiday comedy written by Barbara Robinson produced with permission by Samuel French Sponsored in part by Last Loft

In this hilarious Christmas classic, a couple struggling to put on a church Christmas pageant is faced with casting the Herdman kids–probably the most inventively awful kids in history. You won’t believe the mayhem – and the fun – when the Herdmans collide with the Christmas story head on! This delightful comedy has become a holiday staple for groups across the United States.